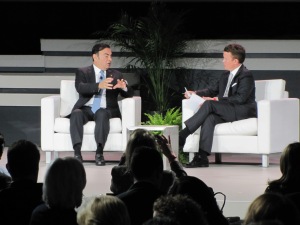 Carlos Ghosn, CEO of both Renault and Nissan, shared some very relevant insights on why electric vehicles are unstoppable, and why he does not see any of the tech companies enter the automotive market as a producer. Ghosn gave a speech at the opening ceremony and press breakfast of this year’s New York International Auto Show (NYIAS).  My Kitco report (click here to read) focuses on the key aspects, but there was a lot more:

It was interesting to see how the various manufacturers interpreted the theme at NYIAS, each in their own way. I will put some facts and images together over the weekend to illustrate the scene.